The first scheme as part of a region-wide effort to revolutionise travel on bike and foot has been completed in Wigan Borough.

Wigan Council partnered with Peel L&P to deliver improvements to the Bridgewater Canal Towpath in Astley and it is now the first scheme to complete as part of Greater Manchester’s ‘Bee Network’, which is a plan for the UK’s largest cycling and walking network.

Today, Tuesday 30th July, Greater Manchester Mayor, Andy Burnham, cycling and walking commissioner, Chris Boardman and director of land and planning at Peel L&P, Louise Morrissey marked the end of the works by opening up the new route to the public at an official ribbon cutting ceremony.

Locally known as the ‘Muddy Mile’, the towpath has been completely resurfaced, better signage has been installed and access points have been improved. The route now becomes part of the Bridgewater Way which encourages people to walk and cycle on the canal and tow path from Wigan Pier through Leigh and across the Salford boundary to Worsley, Monton and Patricroft.

The project was funded jointly by Wigan Council, the Mayor’s Cycling and Walking Challenge Fund and the Bridgewater Canal Company.

Speaking about the work, Andy Burnham said: “Cycling and walking is part of Greater Manchester’s wider transport strategy, Our Network, my 10-year plan for an integrated, modern and accessible public transport system.

“Excellent cycling and walking links across our local neighbourhoods are vital to this vision, allowing people to walk and cycle easily and safely for shorter journeys. To see this first piece of the Bee Network in place and ready for many journeys is heartening.”

The opening event was celebrated at The Old Boathouse with afternoon tea and complemented by two guided rides and a walk led by the council’s sister organisation, inspiring healthy lifestyles, which both used the new route. 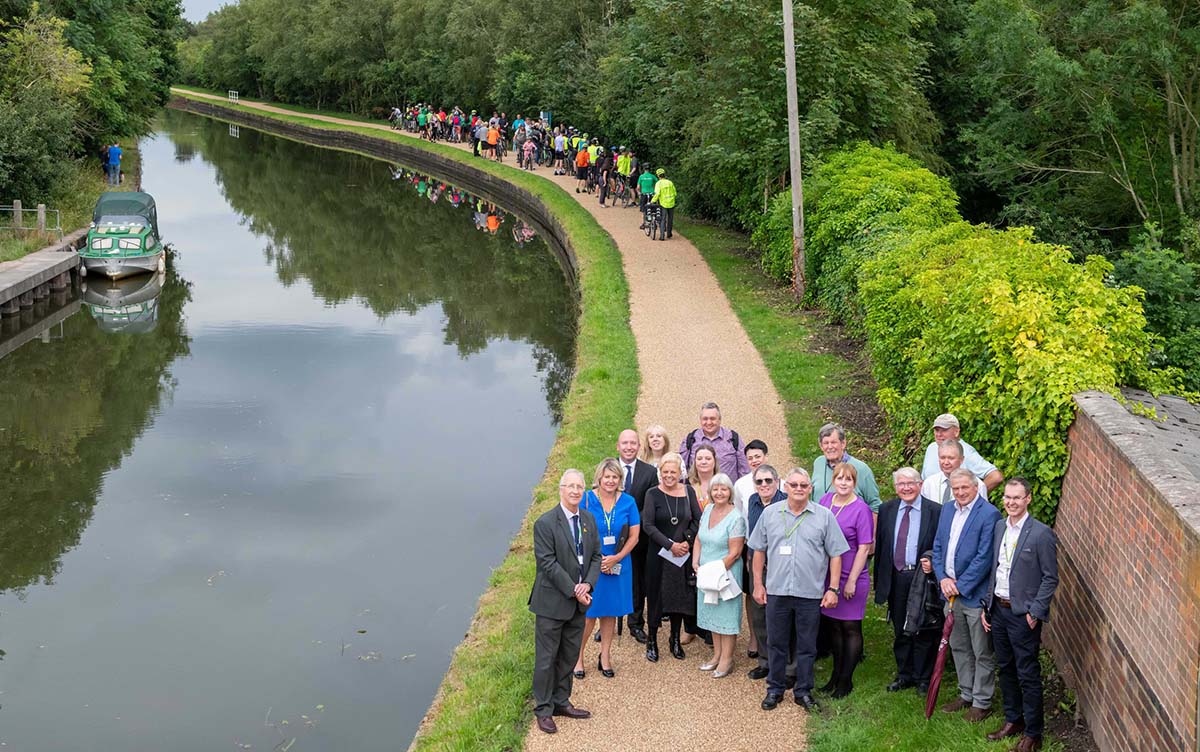 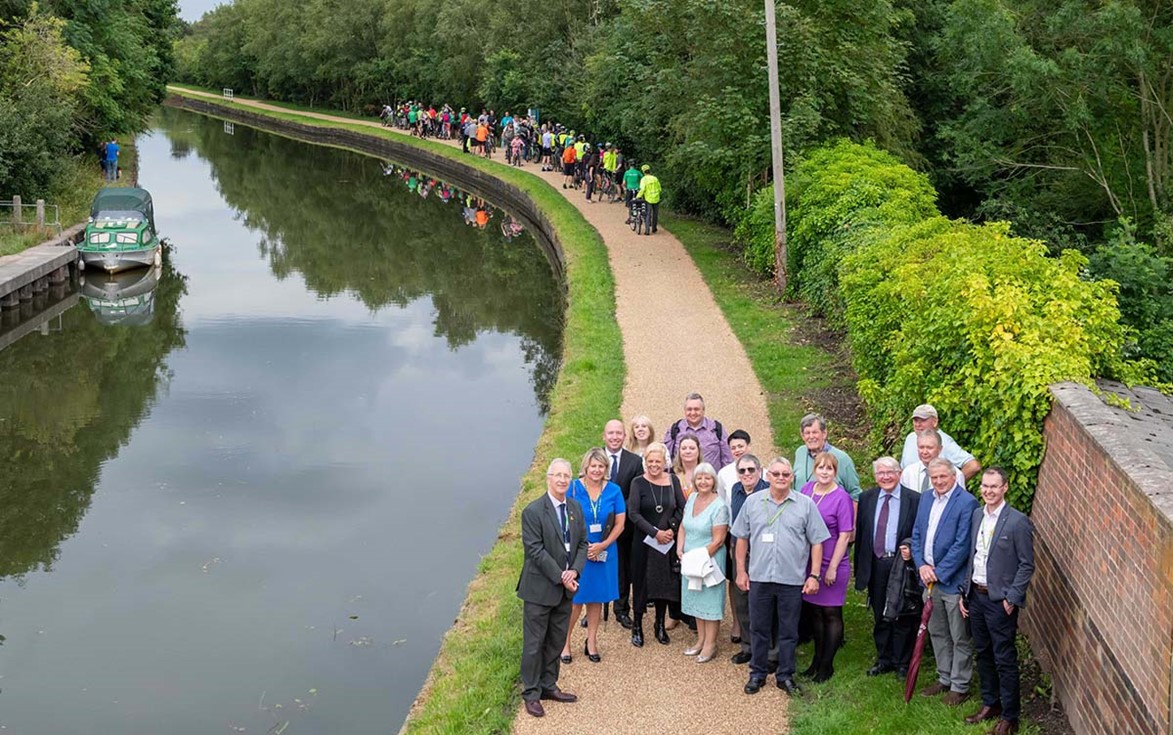 Leader of the council, Councillor David Molyneux said: “It’s fantastic news that the first Bee Network scheme in Greater Manchester is complete in our borough. This is another example of how we’re leading the way and working effectively with organisations to deliver ambitious plans that will revolutionise travel.”

“We have had a lot of very positive and welcoming feedback from residents and commuters alike who are already benefitting from this scheme, demonstrating the demand for such facilities. We’re working with TfGM to urge people of all abilities to walk more and get out on their bikes. Not only will this support health and wellbeing but improves air quality and will also reduce congestion.”

“The Bee Network is all about making it easier for people to get about on foot or by bike and we’re very proud to have helped deliver a route that we know will be well used by thousands of people every year.”

Louise Morrissey, Director of Land and Planning at Peel L&P who own the Bridgewater Canal, said: “It was a pleasure to attend the official opening of the works in Astley this morning. Now completed, it will make a great difference to regular users of the canal, including those who use it for commuting to their place of work.”

“We would like to thank those who use the towpath regularly for their cooperation during the works and hope many more people enjoy making the most of the upgrades over the summer months. Full committed to improving and investing in the Bridgewater Canal and the Bridgewater Way, we are pleased that the improved towpath is now nearly 70% complete for its 39 miles.” 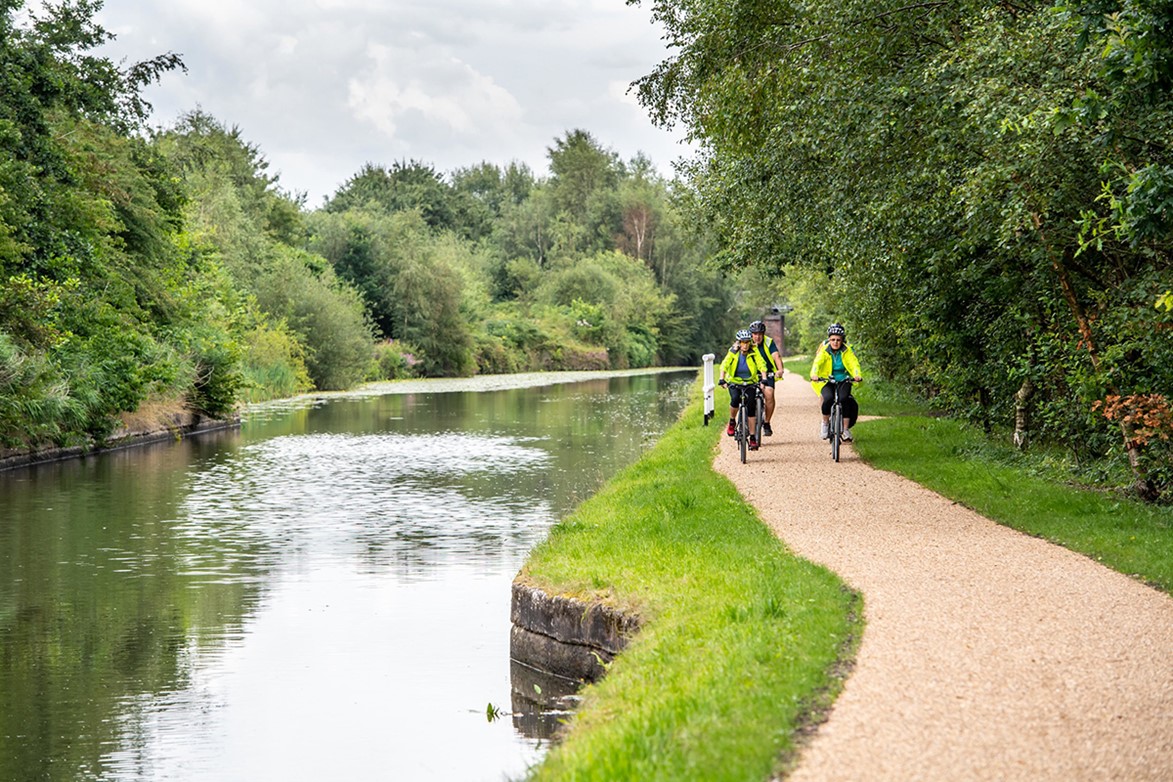