Plans to create a CO2 network at Protos to capture some 800,000 tonnes of carbon emissions have been revealed.

Peel NRE, part of Peel L&P, has revealed its vision for a network of CO2 pipelines at Protos, the strategic energy and resource destination near Ellesmere Port. The Protos CO2 network would connect to the regional CO2 pipeline, being developed as part of HyNet North West.

It’s part of a cohesive plan for the North West to become one of the first regions to deliver a carbon capture cluster and reach net zero – by storing greenhouse gases in offshore depleted gas fields beneath Liverpool Bay. It follows the Government selecting the North West as a Track 1 Carbon Capture, Usage and Storage (CCUS) cluster to begin decarbonising industry with the backing of a £1billion infrastructure fund. 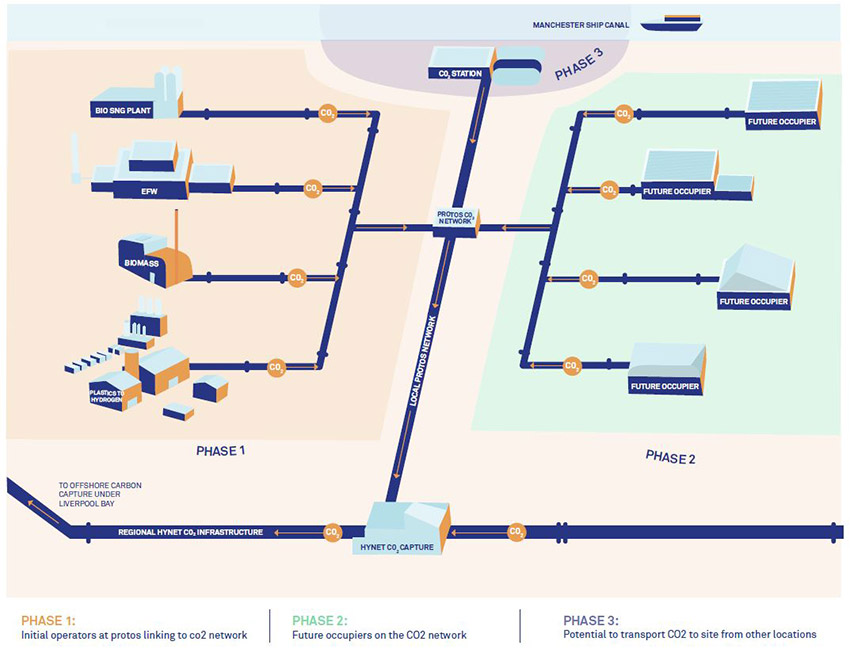 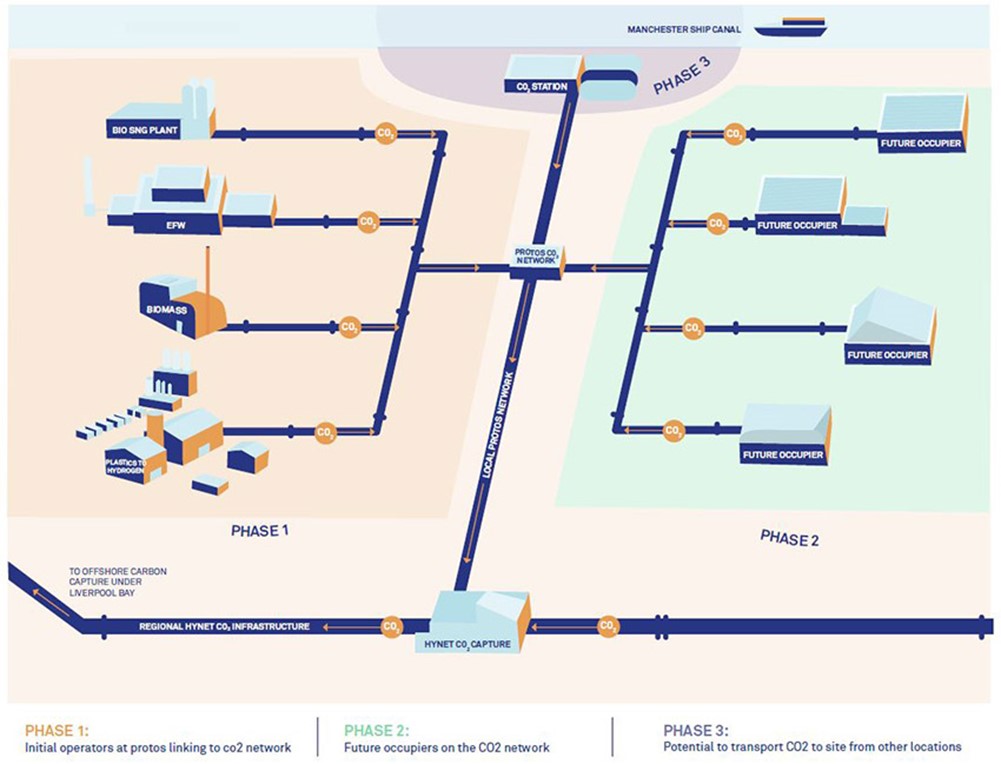 The Protos network, which could be operational by 2025, would be initially concentrated on energy generators at Protos, with scope to expand to capture emissions from additional generators and businesses in the industrial corridor between Ellesmere Port and Runcorn and beyond. The project would capture some 800,000 tonnes of carbon dioxide a year– with future phases increasing capacity to over 1.2 million tonnes.

Peel NRE has commenced work to outline how creating strategic CO2 hubs at a local level will avoid the need for costly and complex individual connections to the regional carbon capture pipeline. It will create a carbon-capture ready destination for businesses looking to become net zero. It will also explore the future potential of bringing liquified CO2  - including via the Manchester Ship Canal and rail - from other operations in the North West and neighbouring regions, that are not able to connect to the planned regional carbon capture pipelines.

It follows further commitment to ramp up hydrogen production and invest in carbon capture in the Energy Security Strategy, recently published by the Government.

“Protos has been a real draw for energy generators and innovators. Our vision has always been to underpin the circular economy – making the best use of our resources to power the region. In turn, we’ve unlocked hundreds of millions of pounds of investment into the North West. The CO2 network is the next major step on our journey to create a destination for low carbon energy and support the transition to net zero.

“With the region becoming one of the UK’s leading carbon capture clusters, there’s a real opportunity to generate net zero energy by linking existing facilities to the complementary regional carbon capture pipelines being planned as part of HyNet. The Protos CO2 network would set a blueprint for how local CO2 hubs at key locations can be a game-changer for decarbonisation, making carbon capture available to a much wider pool of industries.

“The network would make Protos one of the North West’s first carbon-capture ready destinations, meaning businesses wanting to locate to the region would have the option of connecting to a local CO2 network. Our objective has been to support industry with shared infrastructure, such as local power grids. Applying this to carbon capture makes absolute sense when you consider the scale of the challenge to cut emissions and target dates.”