The Royal Horticultural Society (RHS), the world’s leading gardening charity, opens the gates of RHS Garden Bridgewater to the public today, Tuesday 18 May, after the coronavirus pandemic delayed plans by almost a year. BBC Gardeners’ World presenter and RHS Ambassador for RHS Garden Bridgewater Carol Klein marked the occasion with a ribbon-cutting ceremony.

The 154-acre garden in Salford, Greater Manchester, is the biggest hands-on horticultural project undertaken in Europe since planning permission was granted in 2017. Around 7.8 million people living within an hour’s journey time of the garden will be able to access world-class horticultural inspiration and expertise at the first ever RHS Garden to be located in an urban area.

RHS Ambassador Carol Klein has a special connection to the site as her grandfather’s first job was as a garden boy on the Worsley New Hall estate, where RHS Garden Bridgewater now stands. 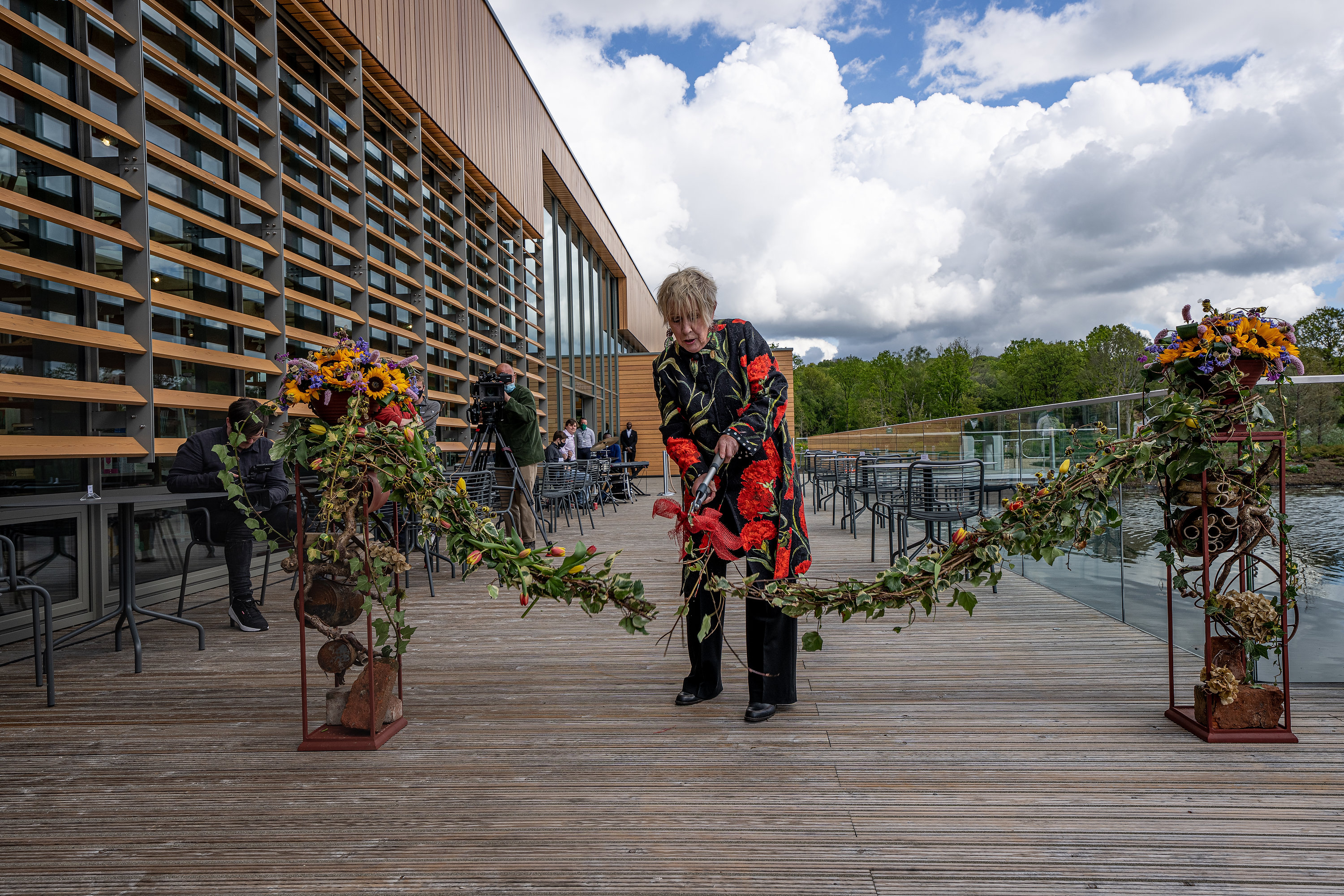 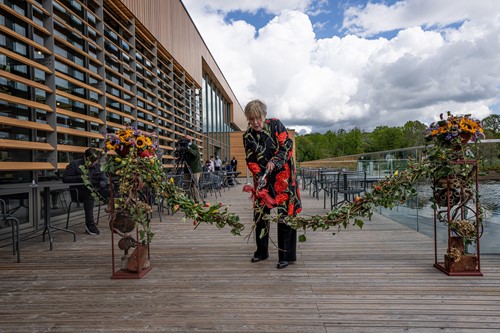 Sue Biggs, RHS Director General, said: “We cannot say a big enough thank you to the incredible people who live in and around Salford who have made the creation of this beautiful garden possible.  We feel that the opening RHS Garden Bridgewater, our fifth garden, could not be more timely after the terrible time everyone has endured over the last year. We have been looking forward to this day for more than six years, during which time so many people have come together and enabled us to create a stunning new garden that we hope the people of Salford, Greater Manchester, the North West and beyond are proud of.

“With the support of Salford City Council, The Peel Group and our donors, as well as the generous welcome from our wonderful local communities, volunteers and staff, we are opening this very special place today. This is just the beginning as our garden will give people pleasure for generations to come, but right now I could not be more proud of this incredible group of people, and the monumental achievement of bringing to life our shared vision to create what we believe will become one of the UK’s greatest gardens, right in the heart of Greater Manchester.”

Featuring cutting-edge design by RHS Chelsea Flower Show gold medal winners alongside numerous dedicated community spaces, RHS Garden Bridgewater will be a beacon of gardening inspiration, education and engagement in the heart of the North West. More than a quarter of a million plants have gone into the ground ahead of the opening, representing a huge boost for biodiversity in the area.

Visitors can now discover areas including the 11-acre Weston Walled Garden, the jewel in the crown of RHS Garden Bridgewater, believed to be the largest publicly-accessible working walled garden in the UK. It is home to the spectacular Paradise Garden by Tom Stuart-Smith, showcasing exotic planting inspired by Asiatic and Mediterranean gardens. The nearby Kitchen Garden by award-winning Harris Bugg Studio showcases a cornucopia of productive growing techniques and both familiar and more unusual edibles.

The Community Wellbeing Garden, Community Grow area and Peel Learning Garden, supported by The Peel Group, are just some of the community-focused spaces that can also be found within the Weston Walled Garden. Alongside these are the Orchard Garden and the first dedicated RHS Trials ground outside of the flagship RHS Garden Wisley in Surrey, where garden plants will be assessed for their performance in the northern climate.

Elsewhere, visitors can explore the beginnings of the Chinese Streamside Garden, which will be the first authentic Chinese garden in the UK when complete, and the 4-acre Woodland Play area designed to encourage children of all ages to engage with nature.

The RHS is investing £35m in the creation of the garden, which the charity forecasts will generate around £13.2m per year to the local economy by 2030, and has created nearly 100 jobs at the site. Salford City Council and the RHS worked together to promote jobs at the garden to local residents and almost 50% of the roles created to date have been filled by people living within five miles of the garden.  All Salford residents will be able to visit RHS Garden Bridgewater free on Tuesdays from 25th May* for the first year thanks to an arrangement agreed between the RHS and Salford City Council.

Salford City Mayor Paul Dennett said: “The launch of RHS Bridgewater is an important date for this city. The opening celebrates the culmination of many years of discussions and planning which has transformed this historic 154-acre site around Worsley New Hall into this incredible vibrant new garden.

“Salford has an enviable reputation for delivering nationally and regionally significant projects. The RHS choosing this city as the location for their fifth garden is testimony to Salford’s continued transformation and a key moment for us on our journey as we continue to invest and develop our green spaces to their maximum potential.

“Now the garden is officially open, it will join the other RHS gardens around the country that enrich people’s lives through nature and horticulture, making the UK a greener and more beautiful place.

“RHS Garden Bridgewater will be a world class visitor attraction, bringing a range of important social, environmental, economic benefits and opportunities on a huge scale to the City of Salford and along with other developments such as MediaCityUK, which continues to strengthen Salford’s reputation nationally and internationally as a vibrant city to live, work, visit and play.

Steven Underwood, Chief Executive of The Peel Group said: “RHS Bridgewater is a world class horticultural attraction that brings many health and wellbeing, educational and economic benefits to the local area and we’re excited to see the garden open its doors to the public.

“We’re proud to be a founding partner of RHS Bridgewater and as part of our long-term commitment to the garden, we’re supporting the Peel Learning Garden which will enable school children to learn how plants grow and survive. Engaging with nature benefits young people in many positive ways and we’re committed to supporting children through life enhancing educational and health and wellbeing programmes in partnership with the RHS Garden Bridgewater.”

Tickets for RHS Garden Bridgewater can be booked here.