Port Salford is proposed to be the UK’s first tri-modal inland waterway port which will be served by ship, rail and road. This ground-breaking development is to include an inland port, rail link, container terminal facility and 1.5m sq ft of logistics floor space. It will support 16 trains a day and has the capacity to support full European 775m-long trains. It will have good rail access to the Port of Liverpool and to the West Coast Main Line north and south.

Port Salford forms part of Ocean Gateway, a redevelopment strategy for the North West focusing on opportunities across the Peel Group portfolio in the corridor between Greater Manchester and Merseyside. Planning permission for Port Salford, including 154,500 square metres of distribution warehousing, highways works, new rail link and wharf was granted by Salford City Council in 2009.  The highway works are known as the Western Gateway Infrastructure Scheme (WGIS) and include works within the boundaries of both Salford City Council and Trafford Borough Council. To date the first phase of WGIS works have been completed and constitute a £48m investment, these improvement works to key junctions at Jct 10 & 11 of the M60, new dual carriageway lifting bridge and Bridgewater Circle improvements in Trafford have significantly improved traffic flows in the area, whilst connecting the Port of Salford, TraffordCity, MediaCityUK, Manchester Waters into the heart of Manchester City Centre. We currently have the first 26,300 sq m warehouse built and operated by Great Bear distribution.  This is operating at full capacity and providing 220 jobs.

The next crucial stage of delivering Port Salford is the 28-acre £60m rail freight terminal which will be linked to the Chat Moss line then onto the West Coast Main Line and beyond.  Now that the viability gap funding has been sourced from the Getting Building Fund this project can progress through into more technical approvals for the rail permission with Network Rail and work with their scheduling team in Milton Keynes to agree train access/egress to Port Salford. The early enablement package (funded by the grant package) will allow for works on the rail freight terminal to progress at pace once the institutional funding for the wider terminal is agreed in the coming months. It is anticipated that the Port Salford terminal will commence operations in 2023.

To discover what investment opportunities are available, please make an enquiry.

What is Port Salford?

Port Salford is a £138 million development, led by Peel L&P in partnership with Salford City Council which will create a new port and warehousing facility in Barton, next to the Manchester Ship Canal. It will be the UK’s first inland tri-modal port facility and distribution park, served by rail, road and short sea shipping.

Food and drink logistic specialists Culina was the first to occupy the new warehousing space in Port Salford in April 2016.

How will Port Salford make a difference?

Port Salford is hugely important for the North West as it will bring imports and take exports to and from the heart of the region via new sustainable transport connections. It will also:

How will the warehousing and berthing facilities be developed at Port Salford?

The Culina warehouse is expected to be operational in April 2016. The remaining warehouses and berthing facilities at the Port will be built once funding for the proposed rail link has been secured. Their occupation and the subsequent operation of the new Port will then depend on market demand for the new warehousing facilities.

What is happening with the rail link?

The proposed warehouses at Port Salford are planned to be connected to the national rail network via a new link to the Manchester – Liverpool line at Chat Moss. The proposed new rail link, will carry freight trains to and from the West Coast Mainline. Planning and discussion with Network Rail is ongoing.

How will the new rail link cross the A57 Liverpool Road?

The proposed new rail link will cross over the top of the new dual carriageway on a new bridge.

Will the construction of the new road and lifting bridge cause disruption to my journey?

Over the coming months, works will be required on the A57 to connect it to the new dual carriageway, including the new lifting bridge. Inevitably, there will be some short term disruption to road users in the area while this is carried out.

Peel and our contractor, Hochtief Buckingham (Joint Venture) would like to assure you that significant efforts are being made through working closely with other schemes and Salford City Council to minimise disruption. To avoid lengthy disruption we will complete the works as quickly as possible and once complete, by the end of 2017, congestion and queue lengths on the A57 and the M60 will be reduced.

Why are you installing a vertical lifting bridge? Will it cause more disruption to traffic flows?

Bascule, swing and vertical lift bridges were all considered but the latter was considered most appropriate on economic and safety grounds, in that the deck would not rise above the M60 which could potentially cause a distraction to drivers using it.

Matrix signs are being installed at Bridgewater roundabout and on the A57 by Barton Aerodrome to give motorists advanced warning on when the bridge is due to lift. Drivers are then able to make an informed choice on which route to take.

At this moment we’re not expecting the bridge to open more than three times a week.

When the new road and lifting bridge is open, will it change how I travel around the area?

The improvement works will mean that some journeys will follow different routes from the present. For example:

M60 to Irlam clockwise: traffic will have the option to exit the motorway at Junction 10 and use the new dual carriageway to cross the Manchester Ship Canal via the new lift-bridge.

Eccles to Urmston/ M60 anti clockwise traffic will have the option to take the new local road from Peel Green roundabout to the new dual carriageway and over the Manchester Ship Canal via the new lift-bridge. Irlam to M60 northbound/Eccles: traffic will take the new dual carriageway and then the new local road northbound to Peel Green roundabout (Junction 11).

What will happen to footpaths that cross the area?

The footpath diversions needed for the initial road improvements have already been made.

What are the plans to bring Metrolink to Port Salford?

Transport for Greater Manchester (TfGM) who manage the Metrolink infrastructure, aspire to build a new Metrolink line to the AJ Bell stadium and potentially beyond to Port Salford, via Trafford Park and intu Trafford Centre. Therefore, the new dual carriageway and lift-bridge have been future proofed to eventually accommodate a Metrolink tram line. Updates on the extension of the Trafford Park Line can be received here.

How can you be certain this improvement work will reduce congestion?

Research carried out by independent highways studies have identified significant benefits to providing an additional road link between the A57 and the Bridgewater Canal next to intu Trafford Centre, including an additional crossing over the Manchester Ship Canal.

Is the United Utilities work linked to the Port Salford road improvements?

United Utilities are undertaking major improvements to their infrastructure in the vicinity of M60 Junction 11 and Peel Green Road. This is unrelated to the road improvements being undertaken in relation to Port Salford but is happening at the same time. 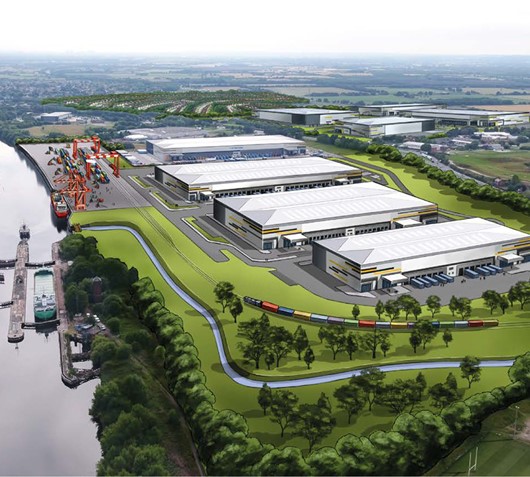 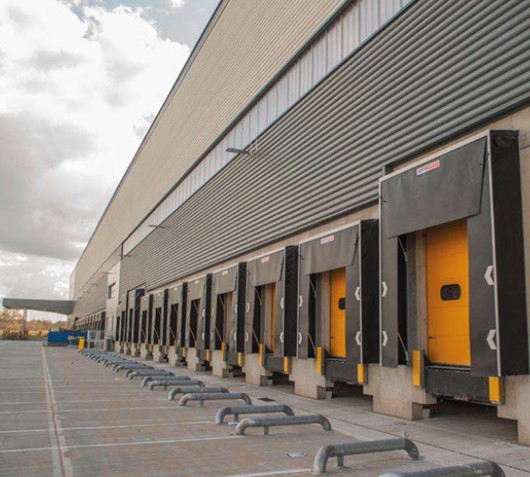 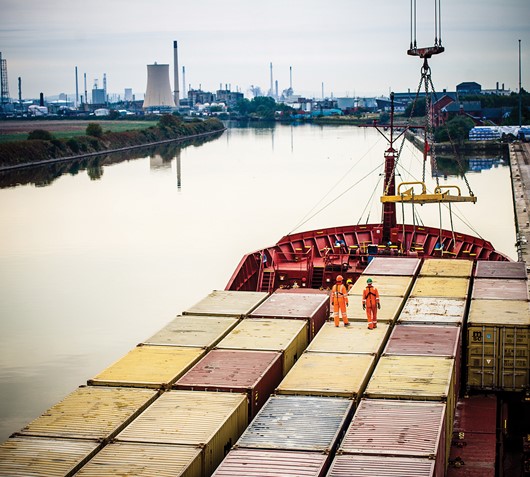 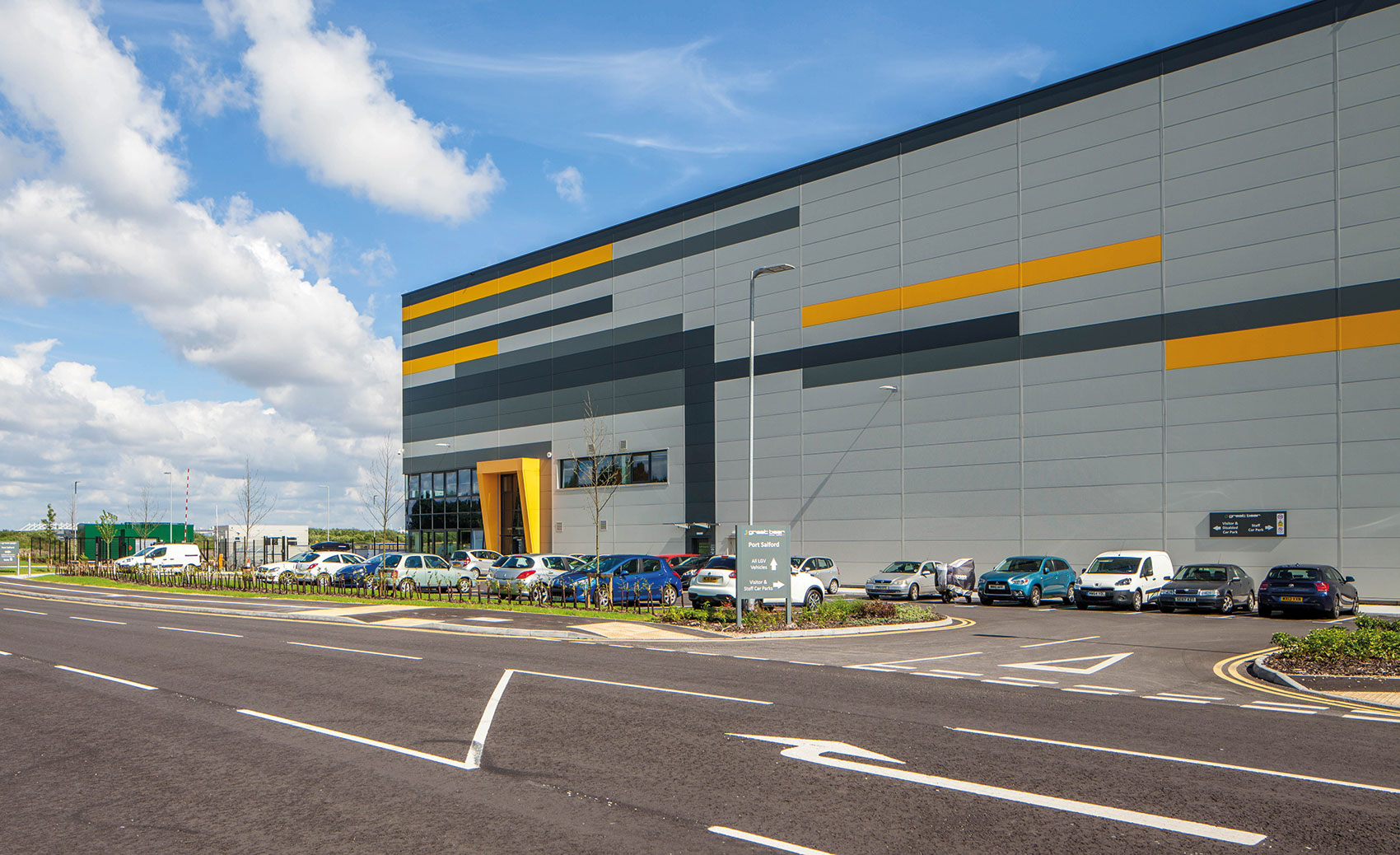